Stripe welcomes Mark Carney to its board of directors 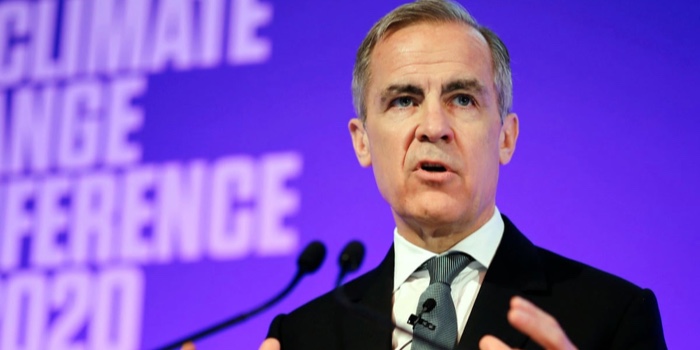 Stripe, a global technology company building economic infrastructure for the internet, today announces that Mark Carney, the former Governor of the Bank of England and the Bank of Canada, has joined the company’s board of directors.

Mark Carney said: “The very nature of commerce has changed over the past decade. Stripe has been at the forefront of enabling this new digital economy, providing innovative and resilient global payment solutions to businesses large and small. In the process, Stripe has been breaking down barriers to global trade and accelerating economic output. I look forward to supporting Stripe over the coming years as they build the global infrastructure that enables the internet to become the engine for strong and inclusive economic growth.”

Ten years since launching, millions of businesses in over 40 countries now use Stripe’s infrastructure to power hundreds of billions of euros of payments from customers in over 140 countries and territories around the world.

Ambitious enterprises such as Zoom, Slack, Wayfair, and Maersk, and global technology leaders including Shopify, Amazon, Atlassian, Deliveroo, Grab, and Glofox, use Stripe to enable their internet operations.

“As Stripe enters its second decade, Mark’s unparalleled experience of the highest levels of financial services and central banking will be of enormous benefit as we work to grow the GDP of the internet.” said John Collison, co-founder and President of Stripe. “From his desire to see faster settlement systems to his commitment to climate change mitigation, Mark’s values align with ours. We’re delighted he’s joining our Board of Directors.”

Regulated in multiple jurisdictions and partnering with several dozen financial institutions around the world, Stripe will benefit from Mark Carney’s extensive experience of global financial systems and governance. And as it rolls out its Climate efforts globally, enabling millions of businesses to bring more funding to emerging carbon removal technologies, the company will receive guidance from one of the world’s leading experts in sustainable finance. As the UN Special Envoy for Climate Action, Mark has galvanized climate action and private finance ahead of the forthcoming COP26 conference in Glasgow.

Mark is joined on the Stripe board of directors by Christa Davies, Diane Greene, Jonathan Chadwick and Sir Michael Moritz, as well as Stripe’s co-founders Patrick and John Collison.