Use the following information to test your fraud prevention strategy.

Use the following test credit card numbers to create payments in test mode with a specific risk level. Create test payments in either the Stripe Dashboard (in test mode) or by calling create a charge with your test API key.

Before you add or update a rule, we’ll search for historical live mode payments that match the rule criteria. You can inspect that list of payments to verify the criterion’s intended behavior, and we also summarize those search results to help you estimate its future impact.

For block rules, the summary compares:

It’s uncommon to find a perfect rule that only blocks fraudulent payments, so your decision to implement a rule is typically based on a trade-off: will this rule block enough fraudulent payments to be worthwhile compared to any good payments it incorrectly blocks? The trade-off that’s right for you will depend on the particulars of your business. For a more complete discussion of exactly this trade-off in Stripe’s own fraud analysis, see our fraud detection primer. 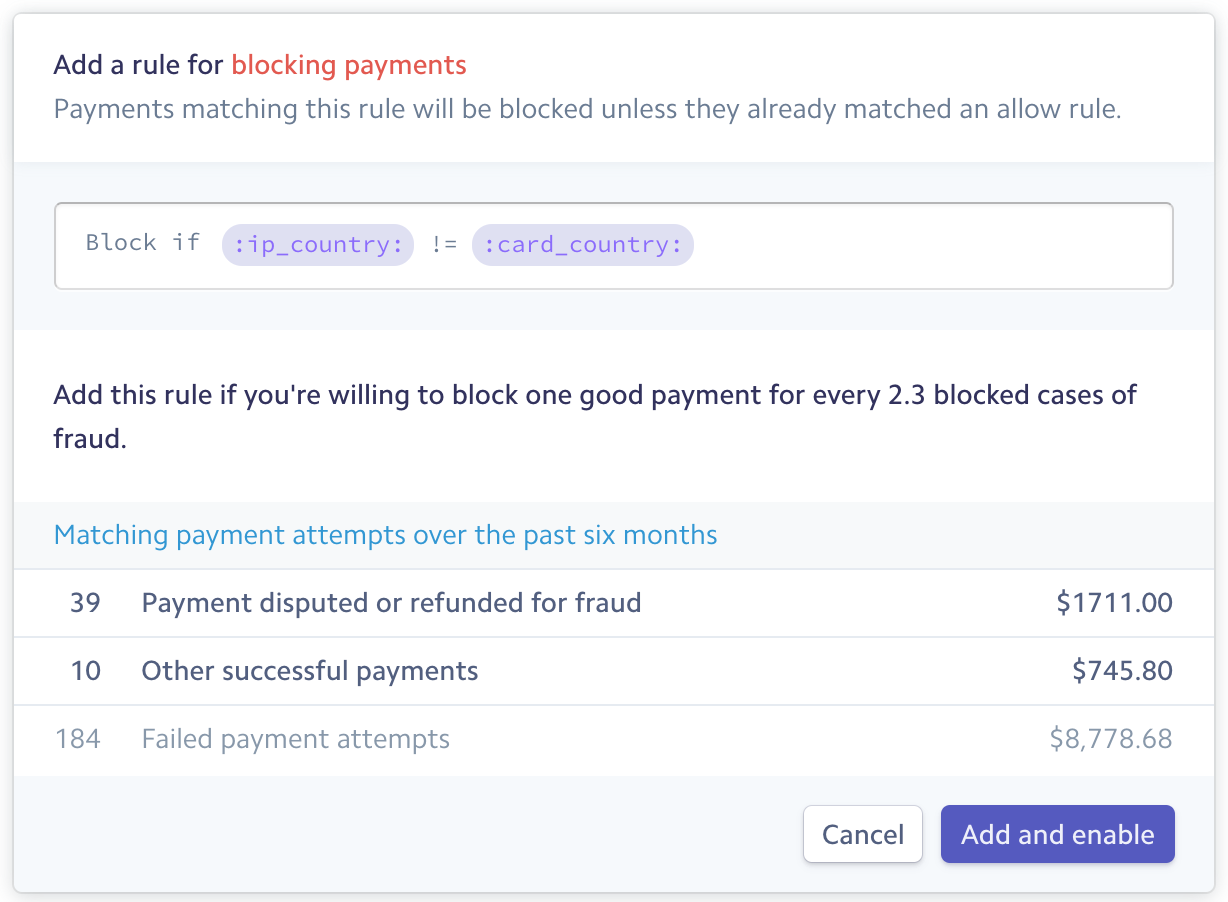 Similarly, for review rules, we compare:

Allow rules are somewhat trickier to evaluate because there’s no way of knowing which previously-blocked charges would, if allowed, have turned out to be fraudulent. So, with these rules, it’s particularly important to review the list of matching historical payments to ensure these are payments you’d like to allow. For proposed allow rules, we summarize:

In addition to reviewing this summary, you can click the Matching payment attempts over the past six months link to review the full list of matched charges. We’ll also warn you if your proposed rule: